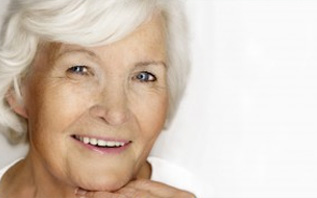 The ‘before and after’ pictures of people who hit the headlines after undergoing cosmetic dental surgery are usually all about film stars and celebrities – mostly young.But there is no age limit for cosmetic dentistry – which is just as well. Living with crooked or misshapen or discoloured teeth or with loose or ill n – fitting dentures doesn’t get any easier as people get older, according to 64 – year – old North Londoner Frank.
He explained: “I had an upper denture that didn’t fit properly and it really shattered my confidence.”

State of the art treatment – which would have been dismissed as science fiction when he was young – has restored his confidence, leaving him feeling as if he has got his natural teeth back. He was treated at the Dentexcel practice in London’s Harley Street.

• Four titanium implants which have been buried into his bone.• Two gold bars which have been attached to the implants.• An ‘over denture’ which clips onto the gold bars.
While traditional dentures are often insecure and move around the mouth, an over-denture clips firmly into place, as securely as a key in a lock.

Another benefit is because the implants are secured in the bone – just like natural roots – they allow chewing which stimulates natural bone growth. Traditional dentures cannot arrest the inevitable progressive bone degeneration which occurs with tooth loss. Implants, a whole new way of replacing missing teeth, have been acclaimed as one of the major advances in dentistry of the last 100 years.

The treatment took five months to complete but could take as little as two or three months. This gave time for the tissue surrounding the implants to heal; and for new bone to grow both onto the titanium, creating the strongest possible base for the new teeth.

Frank says: “After seven years with my previous dentures the wait was worth it – I really do feel as if I’ve got my own teeth back again.”

Because he had very little remaining bone in the upper jaw, Frank had a CT scan prior to his surgery to ensure that there was sufficient bone available. In some cases, the scan is used to make a plastic replica of the jaws so that the implant position can be worked out (and a guide made to copy it) even before starting to operate on the patient.

Restorative dentist Dr. Keith Cohen began by lifting his patient’s gum to check that the underlying bone was of sufficient height and width to support the implants. Holes for the implants were then drilled into the bone and X – rays taken to confirm that they were of the right length and orientation. The implants were inserted in the jaw along with growth promoting bone mineral. A protective membrane was then placed over the bone and the gum stitched back into place.

Frank used his old dentures during the tissue healing period. Didn’t this create a problem with so much new ‘hardware’ in the mouth? Dr. Cohen explained: “Since most of the implant components and bone materials are placed in the bone and under the gum the patients notice little difference in the shape of their mouth.”

Frank says: “This has changed everything for me. I feel so confident. There’s no sitting there eating a meal and suddenly feeling that your teeth are eating it for you, and that they have nothing to do with you.”

“This is the best thing I’ve ever done. You can’t appreciate the cost of losing your teeth until it happens. You feel as if your face has caved in. The treatment cost £8,000, but it’s worth every penny.”

Dr. Cohen said: “Although implants can be used for treating people with a few missing teeth, people who have lost all teeth in a jaw can benefit most. It is surprising that about 30% of people over 60 in the UK have no remaining natural teeth. The elderly can also be treated with implants since success is not age related. However, it is reduced if certain medical conditions exist – such as diabetes, and of course, by heavy smoking.”